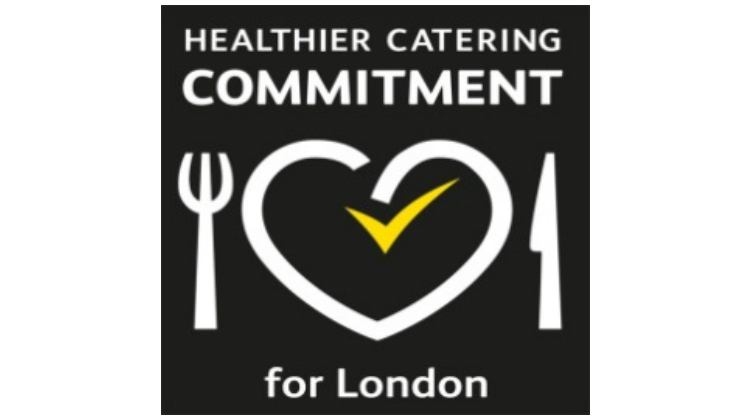 Today, the launch of a new approach to make London’s fast food businesses healthier was revealed by the Mayor of London’s food advisor Rosie Boycott. The Healthier Catering Commitment (HCC) has joined forces with one of the largest suppliers to the fast food and café business sector in London, JJ Food Service.  Through the commitment of GCDA and the London Food Team, JJ’s has announced its commitment to make healthier food products more easily available for the fast food and café businesses.

Claire Pritchard, CEO GCDA and one of the key speakers at  the launch held at City Hall this morning said “HCC has been a brilliantly pragmatic, wide reaching programme that has facilitated innovative partnerships and the work with JJ’s, moving upstream to wholesalers and manufacturers allows the HCC to have a wider and wider reach. I am really excited about the next steps”.

GCDA, who deliver the HCC scheme in Greenwich, has been instrumental in initiating this important piece of work with the food supplier, by bringing together key members including JJ’s the GLA and HCC chair and working group members. As an independent organisation supporting food-related initiatives and business operations, coupled with Claire Pritchard’s position as Chair of the Borough’s Sub Group, GCDA can easily take proactive and strategic steps to implement change. This high profile event at City Hall was well received this morning raising the profile of the HCC and expanding the understanding about the excellent work done under this scheme.

This was also an excellent opportunity for GCDA to promote it’s wider work assisting food businesses across London to become healthier and more sustainable; which is what we’re all about.

Click here to read more about the the Healthy Catering Commitment

Below is GLAs press release about the event today, next week we will update you on this story with local news.

500 fast-food takeaways in the capital have signed up to an initiative that encourages them to sell healthier food, the Mayor of London announced today.

The Mayor also revealed that JJ Food Service, one of the largest suppliers of food to takeaways, is now promoting the Healthier Catering Commitment to the 13,000 restaurants they count as customers. JJ will encourage them to buy healthier ingredients and cooking products, meaning a potentially huge change in the food that takeaways across London sell to their customers.

Recent research in Tower Hamlets revealed one fast-food takeaway selling a portion of chips totally 1865 calories, 93% of daily recommended intake, and 69g of fat. Their research showed that portion sizes are increasing as takeaways compete for custom.

Poor eating habits are widely regarded to be one of the main causes of obesity. Londoners living or working close to clusters of takeaway outlets are twice as likely to be obese and more likely to eat unhealthy food2 Over half of the adult population in London is either obese or overweight . In young Londoners, one in five is obese and one in three is either obese or overweight.3

Since 2012, the Mayor has supported Environmental Health and Public Health teams to deliver the Healthier Catering Commitment for London. 500 restaurants in 22 boroughs have signed up to the voluntary scheme that incentivises food outlets to make small changes to improve the quality of the food they sell.

The Mayor of London, Boris Johnson MP, said: “It is terrible that as a city, and indeed as a nation, we are getting fatter. Throughout my mayoralty I’ve invested in grassroots sports and food programmes to get Londoners healthier and fitter, but we still need to do more to tackle our expanding waistlines.

“Life in a busy city means that we inevitably enjoy fast food, whilst takeaway businesses make a great contribution to local economies and this scheme ensures takeaway food can be a healthier option.”

Rosie Boycott, Chair of the London Food Board said: “Getting JJ’s on board is a massive step forward for the Healthier Catering Commitment and I am encouraged that they are taking a lead to change the terrible health outcomes of so much of London’s fast food.

“However, I would like to see even more changes to how takeaways operate. In some parts of the capital there are up to 40 fast food takeaways within half a mile of schools and many of them entice children by cutting their prices at school leaving time. Sadly, we can do nothing to stop that and at the moment all action is voluntary, but this must change in the future.”

Terry Larkin, Group General Manager, JJ Food Service, said: “We are delighted about our partnership with the London Food Board and the Healthier Catering Commitment. Through making some changes to the menu as well as increasing healthier options available, we want to encourage fast food businesses to purchase healthier products which, in turn, we hope will have a positive impact on what customers eat.”

The Mayor’s Healthier Catering Commitment (HCC) is a voluntary scheme for food outlets in London to encourage them to improve their food offering. Participating restaurants, such as the Valley café in Charlton, are awarded with the HCC logo.

Mehmet Manyera, owner of the Valley café a HCC registered business, said: “At Valley Café, we are working with the Healthier Catering Commitment and are applying it to the way we prepare and cook our food.  The café is really busy and doing well and we are delighted”.

The Healthier Catering Commitment is just one of the Mayor’s initiatives to get Londoners eating good quality, affordable food: